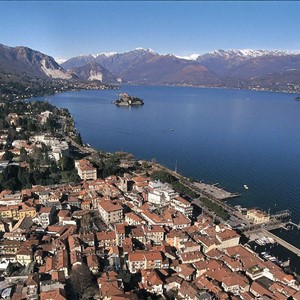 A brief history Stresa, the elegant internationally famous holiday resort, offers a unique variety and multiplicity of excursion possibilities: it is possible to visit Isola Bella, Isola Pescatori and Isola Madre; Villa Pallavicino, Villa Taranto, the Alpinia Botanical Garden; Lago d'Orta, Mottarone and the ski resort of Macugnaga; the ancien monastery of Santa Caterina del Sasso, the Centovalli, not to mention Milan, capital of fashion and window shopping. Stresa is located near Milan's international airports: Malpensa (35 km) and Linate (110 km). Stresa first appeared in documents in 998 and was under the jurisdiction of the Viscontis’ and the Borromei. Around 100 years ago, with the arrival of the philosopher Rosmini, followed by the writer Manzoni and Elizabeth of Saxony (the duchess of Genova), Stresa became better known. The opening of the Simplon Tunnel railway in 1906 brought Stresa international fame and grand hotels, villas and elegant gardens appeared along the lakefront which faces the Borromean Islands. The backdrop of the Alps with magnificent views from the top of the Stresa to Mottarone cable car make Stresa a true lakes and mountains resort. The Congress Palace made Stresa an excellent resort to hold events and it hosts numerous concerts during the summer months as well as international conferences. Apart from Stresa’s own attractions, the city of Milan with its gothic cathedral is nearby as is the Piedmont regional capital, Turin.

“Margheritine” a Stresa delicacy! The light, buttery recipe for these pastries dates back to when the Italian royal family used to stay at the Villa Ducale in Stresa. Local confectioner, Pietro Antonio Bolongaro was developing a new recipe for a new delicate and crumbly biscuit and sent a batch of these biscuits to the Villa Ducale for Princess Margherita (later to become the first Queen of Italy) to try. The princess enjoyed them so much that they were always available in the royal household and where named “Margheritine” in her honour. Pietro Antonio Bolongaro’s son inherited his fathers bakery and today all the cake shops and many of the bars sell “Margheritine”. 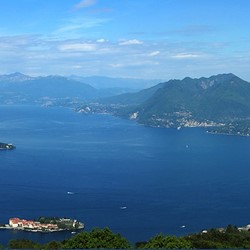