Stresa at the time of Liberty 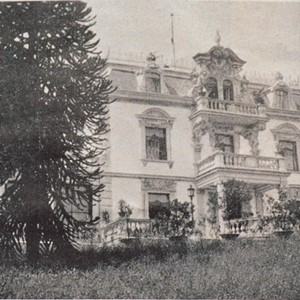 Stresa at the time of Liberty

Ideas and projects for a great future

The exhibition, on the occasion of the second  "Stresa Liberty” event  aims to illustrate the main urban and architectural achievements that  affected the town  during  the period between the late nineteenth century and the outbreak of the First World War, in what can be called "the time of Art Nouveau”.

It was a great period in which Stresa  established itself as a holiday resort of international fame, frequented by crowned heads - first of all the Savoy family - aristocrats, entrepreneurs, politicians, military, intellectuals and artists Italian and foreign, who stayed in luxury hotels and sumptuous villas. These residences, representative of the tastes and architectural orientations of the time, rose more and more on the coast and in the surrounding hills  in order for their owners to fully enjoy the breathtaking scenery and general beauty of the lake.

At the same time the presence of a less elitist tourism began to grow, to which Stresa offered hotels and lodgings, restaurants and cafes suitable for every need. It was a moment of economic development that involved companies of all sectors - construction, shipping, craft and commercial - and covered the whole territory, from the neighbouring villages to the municipalities, up to the Mount Mottarone, a destination for mountain lovers looking for superlative views.

The highlight of the period was  the inauguration of the Simplon  train tunnel in 1906 and the railway line that began stoping  in Stresa. The town quickly adapted to the needs of the large influx of tourists with  services and projects that changed the urban set-up of the town , such as the electric railway Stresa-Mottarone and the recreational-spa complex of Kursaal, designed to offer novelty, leisure and entertainment to a growing number of tourists and holiday makers.

Much has been preserved, much has been lost or has been transformed: the exhibition invites you to rediscover the sparkling Stresa of that period ... like a charming lady who, lifting the veil of the wide hat, shows for a moment her bewitching gaze.

Panel 1 - Stresa at the time of Liberty

Panel 2 - Floral architecture on the lake